Danessa and Sprint's favorite game is to race each other through the forest to see who is the fastest. Someone usually wins by an antler.

Danessa Deer is a 2017-introduced and all-around character.

Danessa is caring and sensitive.

Danessa has medium brown skin with lighter spots on her face and lighter patches around the eyes. As a result of her antlers being molded to her deer ears, the ears are done in the same golden color as the antlers. Her eyebrows, meanwhile, are dark brown, her eyes medium brown, her nose black, and her lips salmon. The hair is done in a side part to the left from which two tresses flow down in a subtle wave to meet the rest of the hair at the hips. Danessa does not have a tail. The peach bodice is molded-on and features a white, furry shirtfront with a black ribbon tie and black buttons. it is framed by flowers in red, blue, and black against a backdrop of green leaves. The skirt's got a golden band while the dominant color is red. The print consists of white deer spots and sparse deposits of four types of flowers in the colors orange, red, black, and a range of blues. The trim is simple-cut. The look is augmented by a removable white fabric stole. Danessa comes with light purple, short boots with fur around the ankles and a yellow sun hat with a wide brim and a red flower on the right. 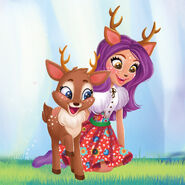 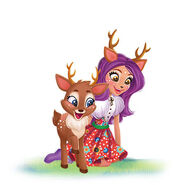 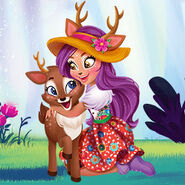 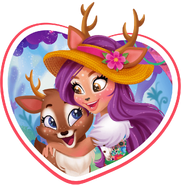 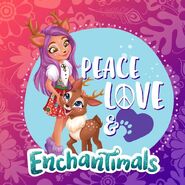 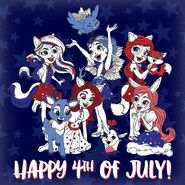 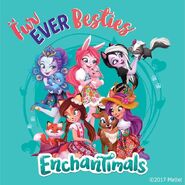 Português do Brasil Русский
Community content is available under CC-BY-SA unless otherwise noted.